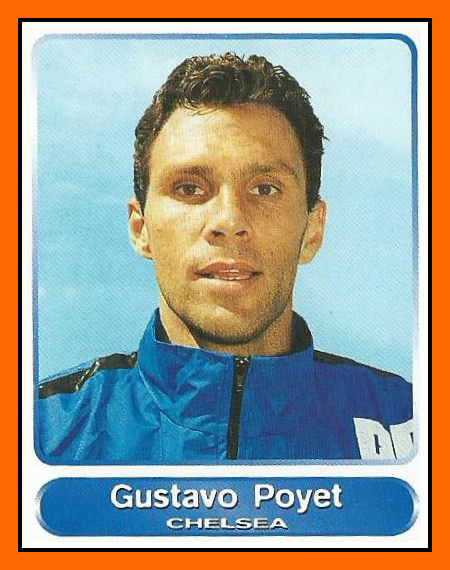 Born in Montevideo, Uruguay, Gustavo Poyet began his career in his native country at the River Plate of Montevideo (don't confuse with the great River Plate in Argentina). At 21 he moved in Europe and signed a four year deal contract with Grenoble in France. It's a surprise to see a player like him at Grenoble at this time. Because Grenoble played in the old french second division with two groups of 18 teams each one and the "Capital of the Alps"'s team is not a major squad of this second division. Grenoble at this time is like a nursing home. A proof ? Look at the picture just below and you can see for example Didier Christophe an ex-french international player (his last cap wad nine years ago this picutre) or also Laurent Paganelli called the "Mozart" of French Football when he started his carrer at 15 with the great AS Saint-Etienne in 1982 and then he never confirmed his talent (he's just on the right side of Poyet on the picture). But in this team there is one of the greatest french football hope with the future 1998 world champion, Youri Djorkaeff. Djorkaeff is only 20 years old and he made a huge season with Poyet. Both played together as attacking midfielder and scored many goals (11 for Djorkaeff and 6 for Poyet). Then Djokaeff moved to Strasbourg and Poyet made some games again with Grenoble before he moved to Zaragoza when he became a Uruguayan international player, the same year of former teammate Djorkaeff with France ! Click on the picture for a better quality : 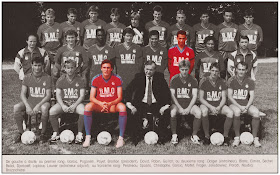